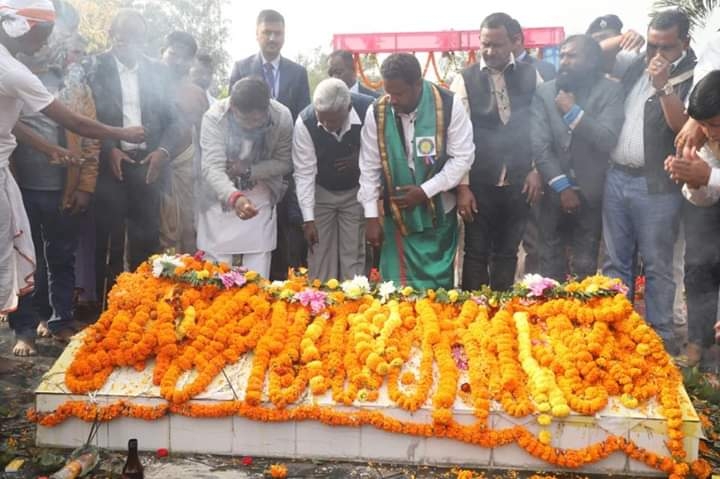 Jharkhand Chief Minister Hemant Soren paid tributes to martyrs at Kharsawan Shahid Maidan in Kharsawan. He was accompanied by partymen belonging to the JMM. Both the JMM and the Congress hope for en bloc voting by both tribal and minority communities,” said Shiv Shankar Choudhary, a Dumka-based political analyst.

The martyrs were those people who had died in police firing.