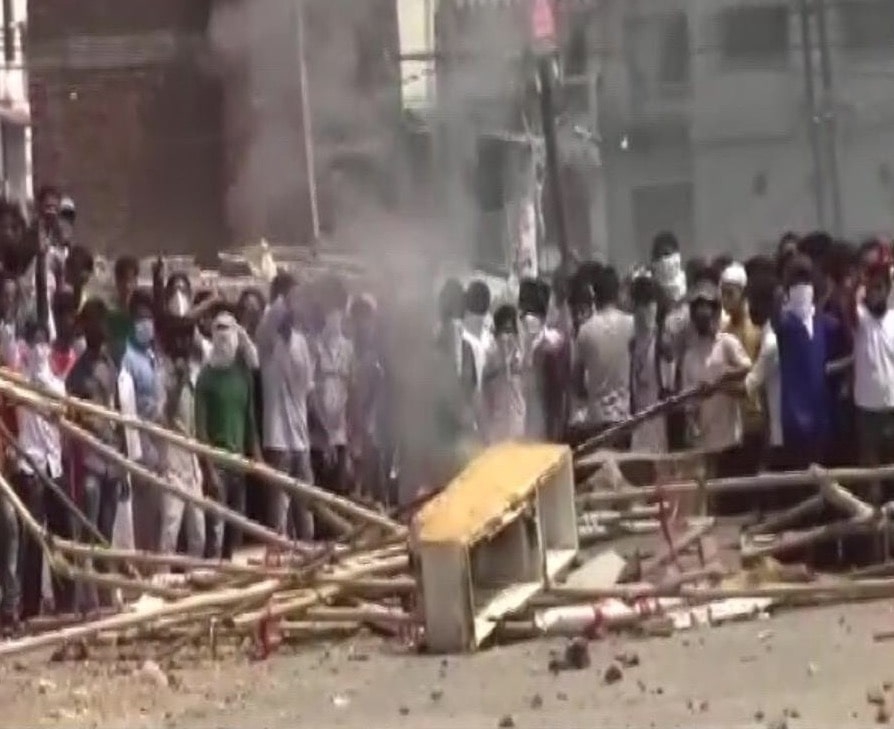 By opening a containment zone, the district administration has generated a wave of fear and anger among people in Rourkela.

" This has opened the gate for the spread of coronavirus", shouts Dilip Biswas, a resident of Rourkela, echoing the concerns of many other neighbours of this containment zone.

This containment zone carried nearly 100 metres for individual houses where two COVID-19 positive cases were detected. After they tested 'negative', the district administration opened it.

But the people of the nearby locality took it as opening the space for the spread of coronavirus. They protested.

The incident turned violent today when they burnt effigies. When the police intervened, the protesters pelted stones on them. A dozen cops were injured.

In turn, the police used mild force in the form of lathi-charge and fired tear gas a dozen times. Though the scene was under control, tension prevailed as a large number of police forces were deployed to maintain law and order.