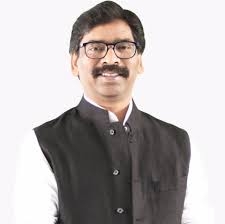 Two, he talked about said local contractors and said they will be given priority in the schemes so that they can work in the schemes and ensure their participation in the development of the state.

"No one will be allowed to encroach on the rights of the people of Jharkhand. The government is determined to fulfill every promise made in the manifesto as soon as possible. This will prove to be a milestone in the direction of providing local people with employment and self-employment", the CM said in a statement.