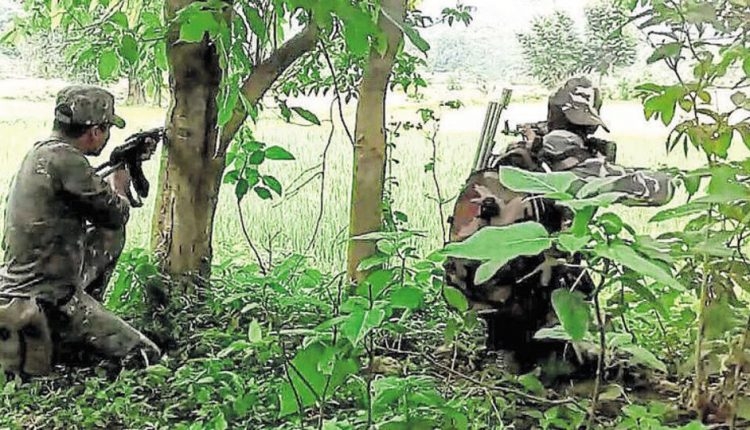 In an exchange of fire between security forces and Maoists, blood flowed in Porahat forest area in tribal-dominated East Singhbhum district of Jharkhand.

Three PLFI(People Liberation Front of India) comrades were killed and one of their colleagues injured who was taken into custody by security forces. The security forces had located and taken possession of three dead bodies.

The encounter took place near Marmaru village in the Poryagat forest area. SP Indraheet Mahata said that on a tip-off that the PLFI Maoists led by commander Ajay Purti, Champa and Modi, a joint team of the district police and CRPF launched a search operation.

As the search operation was carried, the PLFI group opened fire, said the SP.  "This resulted in encounter and death of three of them", informed the police.