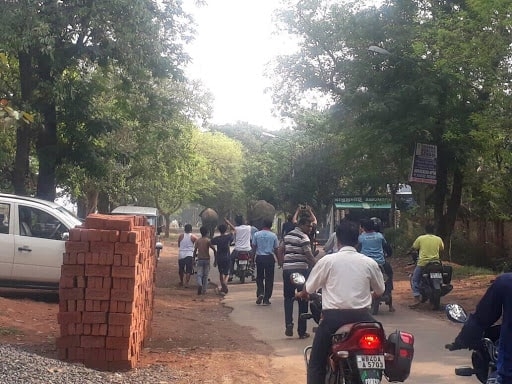 The FIR filed by the police indicates that three bike-borne criminals fired at Sunil, an employee of Reliance Petrol, and looted the money at Kabirdih village under the Topchachi police station.

The police said Sunil was on his way to deposit the money in a bank. Locals took him to a hospital and also informed the police about the incident.No arrest was made till date.