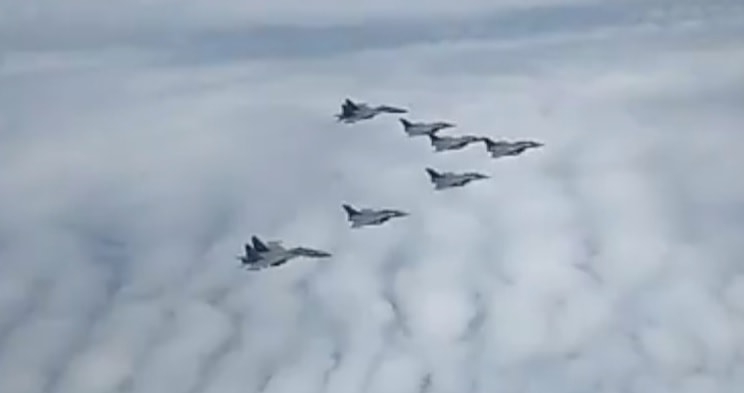 Five Rafale jets landed at the Ambala airbase on Wednesday, 29 July, and will be inducted into the Indian Air Force as a part of its No 17 Squadron, also known as Golden Arrows. They were flanked by two Sukhoi Su-30MKIs on either side. The jets were received by Indian Air Force (IAF) chief Air Chief Marshal RKS Bhadauria.

Video and images of the jets entering the Indian air space earlier in the day were shared by Defence Minister Rajnath Singh's office on Twitter.