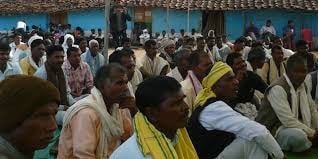 CNT/SPT Amendment move blocked by Tribal Advisory Council.In a meeting held in Ranchi, its members decided not to allow amendment in the land tenancy acts and as such it puts a break before the BJP Govt led by Chief Minister Raghubar Das to move forward toward its declared announcement to amend it.