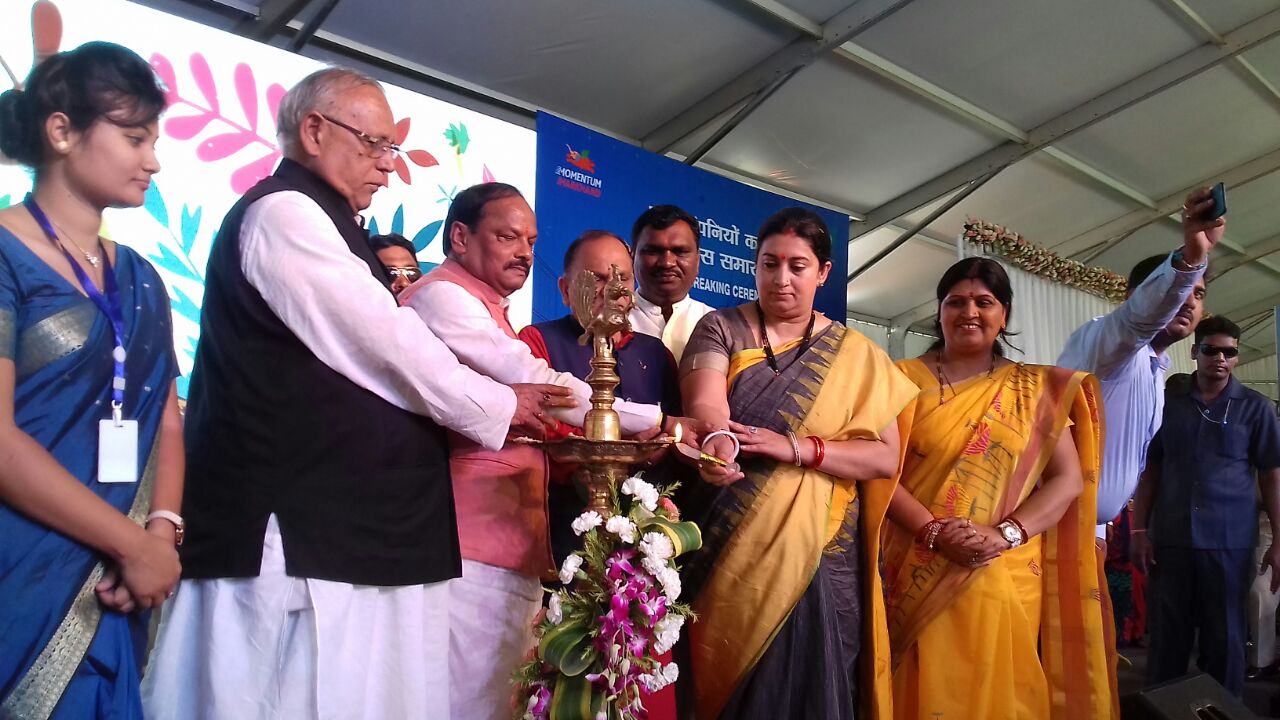 CM Raghubar Das and Union Minister Smriti Irani took part today in Momentum Jharkhand- 2 in Jamshedpur where they laid foundation stones of 70 companies and inaugurated 2 companies.In all,21 companies who had signed MoUs promising to invest Rs Rs 2100 crores after Momentum Jharkhand -1-the state government's programme to invite companies to invest in the state with a flying elephant as its logo -was held in Ranchi on May 18, were provided land by the state government.