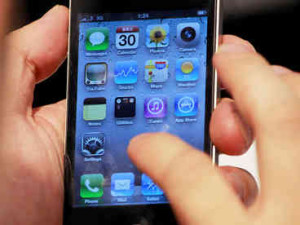 A new device can turn your smartphone into a low-cost tool that can diagnose cancer in just under an hour, scientists say.

The device – called the D3 (digital diffraction diagnosis) system – features an imaging module with a battery-powered LED light clipped onto a standard smartphone that records high-resolution imaging data with its camera.

With a much greater field of view than traditional microscopy, the D3 system is capable of recording data on more than 100,000 cells from a blood or tissue sample in a single image, according to researchers at the the Massachusetts General Hospital in Boston, who developed the device.

The data can then be transmitted for analysis to a remote graphic-processing server via a secure, encrypted cloud service, and the results rapidly returned to the point of care.

For molecular analysis of tumours, a blood sample or tissue is labelled with microbeads that bind to known cancer-related molecules and loaded into the D3 imaging module.
Soon, your smartphone can diagnose cancer
After the image is recorded and data transmitted to the server, the presence of specific molecules is detected by analysing the diffraction patterns generated by the microbeads.

The use of variously sized or coated beads may offer unique diffraction signatures to facilitate detection.

A numerical algorithm for the D3 platform is capable of distinguishing cells from beads and of analysing as much as 10 MB of data in less than nine hundredths of a second.

A pilot test of the system with cancer cell lines detected the presence of tumour proteins with an accuracy matching that of the current gold standard for molecular profiling, and the larger field of view enabled simultaneous analysis of more than 100,000 cells at a time.

The investigators then conducted analysis of cervical biopsy samples from 25 women with abnormal PAP smears – samples collected along with those used for clinical diagnosis – using microbeads tagged with antibodies against three published markers of cervical cancer.

Based on the number of antibody-tagged microbeads binding to cells, D3 analysis promptly and reliably categorised biopsy samples as high-risk, low-risk or benign, with results matching those of conventional pathologic analysis.

Along with protein analyses, the system was enhanced to successfully detect DNA – in this instance from human papilloma virus – with great sensitivity.

In these pilot tests, results of the D3 assay were available in under an hour and at a cost of USD 1.80 per assay, a price that would be expected to drop with further refinement of the system.
The research appears in the journal PNAS.