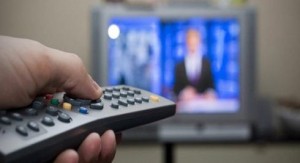 Each hour spent watching TV daily increases the risk of developing diabetes by over three per cent, a new study has warned.

Researchers used data from participants in the Diabetes Prevention Programme (DPP) study published in 2002.
The study enrolled 3,234 overweight US adults (1996-1999) of at least 25 years of age with the goal of delaying or preventing type 2 diabetes in high risk individuals with either a metformin drug or lifestyle intervention.
The study, published in the journal Diabetologia, examined the impact of sedentary behaviour over time on diabetes incidence.

For participants in all treatment arms, the risk of developing diabetes increased approximately 3.4 per cent for each hour spent watching TV after adjustment for age, sex, treatment and time-dependent leisure physical activity.
This association was reduced when time-dependent weight was added to the model (to a 2.1 per cent increased risk of developing diabetes per hour of watching TV, which was not statistically significant) suggesting that subsequent changes in body weight may account for some of the relationship between sitting behaviour changes and diabetes development.

“These findings are particularly noteworthy because a decrease in sitting occurred despite the absence of programme goals aimed at reducing sitting,” said senior author, Dr Andrea Kriska from the University of Pittsburgh.
“It is likely that a lifestyle intervention programme that incorporates a specific goal of decreasing sitting time would result in greater changes in sitting and likely more health improvements than are demonstrated here,” said Kriska.

“Finally, these results should inform future intervention efforts that already focus on goals of increasing activity and reducing weight to also consider emphasising sitting less,” Kriska added.
The study was published in the journal Diabetologia.