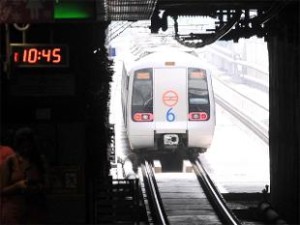 A group of Delhi University students has discovered a new way of harnessing wind energy produced in the tunnel by fast moving Metro trains to generate electricity.

The project, reportedly undertaken by Kalindi College, enjoys the backing of Delhi Metro Rail Corporation (DMRC), which has permitted the students to install a turbine on trial basis at one of the underground metro stations.

The team, involving ten students of Physics and Computer Science departments, proposed setting up a turbine at an underground metro station to check if it can be successful in harnessing the wind.

DMRC officials found the project interesting and gave the permission to install a turbine at Chandni Chowk metro station.