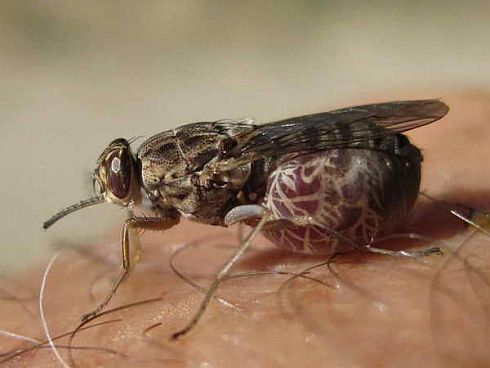 Quite recently, the use of an X-ray laser, that is a billion times brighter than the traditional sources, helped scientists decode the structure of a protein involved in the transmission of a disease called the “African Sleeping Sickness”, a disease widespread in the southern parts of the Sahara desert. Continually active Tsetseflies transmit the parasite that affects and irreparably damages the Central Nervous System.

In another study, that has been ongoing for some years now, the parasite, Trypanosomabrucei is found to be able to alter its own DNA to avoid detection by the immune system of the host by simply rearranging it.

Researchers at Rockefeller University have shown that the parasite achieves this by cleaving both the strands of its DNA.

Back In 2007, George A.M. Cross, the head of the Laboratory of Molecular Parasitology, and Oliver Dreesen, had suggested a model which showed how the parasite was able to alter it’s surface coat by regulating the frequency of alteration of the length of the telomeres. Telomeres are sequences at the end of the chromosomes. When the telomeres become very short, then according to this model, a gene is broken and a biological ‘switch’ is triggered.

“Based on the observations we made in 2007, we predicted that doubled-stranded DNA breaks were behind the switch, but we were not able to prove it,” says Dreesen.

But at the Laboratory of Lymphocyte Biology, Nina Papavasiliou and Catharine Boothroyd, began collaboration with Dreesen and Cross and created the first set of data which fit very well into the model suggested by Dreesen and Cross in 2007. Their experimental data has also suggested a mechanism by which the parasites and humans rearrange their DNA is similar.