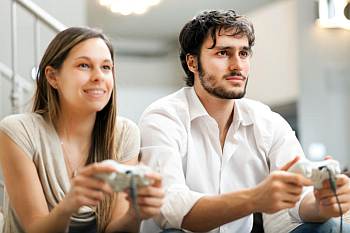 You may take it as part of a design to sell video games.But scientists from Queen Mary University of London and University College London (UCL) claim that some video games can help to train the brain to become more agile and improve strategic thinking.

The Science daily has carried an article “Playing Video Games Can Boost Brain Power”,based on research.”The researchers recruited 72 volunteers and measured their ‘cognitive flexibility’ described as a person’s ability to adapt and switch between tasks, and think about multiple ideas at a given time to solve problems”,said the article.

It adds:”Two groups of volunteers were trained to play different versions of a real-time strategy game called StarCraft, a fast-paced game where players have to construct and organise armies to battle an enemy. A third of the group played a life simulation video game called The Sims, which does not require much memory or many tactics.

All the volunteers played the video games for 40 hours over six to eight weeks, and were subjected to a variety of psychological tests before and after. All the participants happened to be female as the study was unable to recruit a sufficient number of male volunteers who played video games for less than two hours a week.

For details of the article hit Science Daily