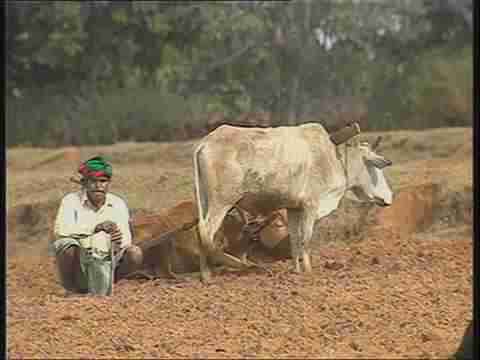 Clouds have gathered in the sky. Rains coming to bring relief from the heat. However, the Monsoon in Ranchi is expected to arrive by June 18-24. Tribal farmers appear ready to greet it across Jharkhand.

“The monsoon has already hit the coast of Kerala. From there it takes about 12-15 days to reach Jharkhand. Around June 18- 24, we are expecting monsoon to arrive in Jharkhand. This year monsoon will be near normal-96 percent plus-minus five percent,” says Ranchi based Dr. A Wadood, Chairman Department of Agro-Meteorology and Environmental Science, Birsa Agriculture University (BAU).

As per the MET Observatory Centre-Ranchi: “ After onset over Kerala, the conditions are favourable for further advancement in rest parts of central and eastern India."

For the next four-five days in the State, there are chances of rainfall and thunderstorm in isolated places in the northeastern parts and the southern districts attached to Odisha. However, the northwestern part will continue to remain more or less dry.

“There is also a good possibility of lightning strikes during a thunderstorm because this is a pre-monsoon thunder activity in the State.

During the next 15- 20 days, the people of Jharkhand need to take special precautions wherever there is a thunderstorm because, during the onset phase, lightning may strike due to some atmospheric conditions and sufficient moisture in the air,” said a MET functionary.

In the State Capital, the temperature will remain near normal. However, in the second half of the day, there are chances of rain and thunder in isolated pockets around the city in the next 48 hours.