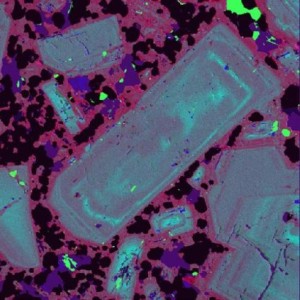 Geologists have developed a new and relatively inexpensive way to establish whether certain types of magmatic rocks are more likely to contain valuable metal deposits.

In a study published in Nature Geoscience, Dr Ben Williamson, of the University of Exeter’s Camborne School of Mines, together with Dr Richard Herrington from the Natural History Museum, London, have proposed a new method to explore for porphyry-type copper deposits.

These deposits provide around 75 per cent of the world’s copper and a significant amount of molybdenum and gold which makes them extremely important to the world economy.

The deposits, which originally form at several kilometres depth below the Earth’s surface, above large magma chambers, are relatively rare, particularly the largest deposits which are most economic to mine.