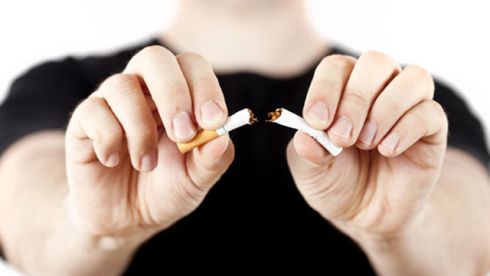 Many of these improvements became apparent as little as one month after quitting and are more pronounced after one year, according to the research.

“Even in people who smoked and had a heart attack, we see fairly rapid improvements in important measures of health and quality of life when they quit smoking after their heart attacks, compared with people who continue smoking,” said senior author Sharon Cresci, assistant professor at Washington University School of Medicine in St Louis.

Quitting smoking after a heart attack has been known to reduce risk of a second attack and risk of death in general.

But little was known about other health benefits that might have a more immediate impact on people’s day-to-day lives and provide additional motivation to kick the habit.

The researchers analysed data from about 4,000 patients participating in several

Of the active smokers, 46 per cent quit in the first year following their heart attacks.

“Obviously those patients who had never smoked did the best after their heart attacks,” Cresci said.

“But those who had quit prior to their heart attacks looked remarkably similar to the never smokers,” Cresci said.

“The patients who quit after the heart attacks had an intermediate level of recovery but were markedly better than the active smokers, who fared the worst in the amount of chest pain they experienced and in their responses to questionnaires measuring mental health and quality of life,” Cresci said.

The health improvements remained significant even when the researchers controlled for other factors that play a role in measures of mental health and general quality of life, such as pre-existing depression, other medical conditions and socioeconomic factors.

One of the most important indicators of how a patient is doing after a heart attack is the frequency and degree of angina – pain or heaviness in the chest that can radiate into the left arm and neck. It sometimes includes nausea and shortness of breath.

When sustained over a period of time, angina can indicate that a person is having a heart attack.

But even intermittent, brief episodes while taking a walk or climbing stairs can be alarming, reducing quality of life and affecting mental health.

“Episodes of angina are scary, especially when patients have just had a heart attack. The symptoms are a signal that the heart is not getting enough oxygen, which affects the quality of people’s daily lives,” said Cresci.

The study was published in the journal Circulation: Cardiovascular Quality and Outcomes.