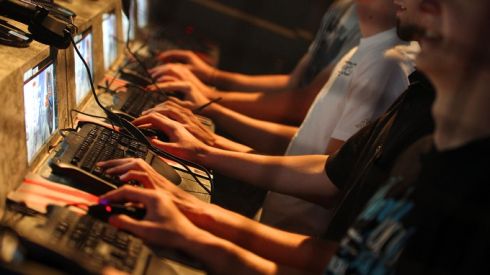 Researchers from the University of Exeter and Cardiff University found that participants lost an average of 0.7kg and consumed around 220 fewer calories a day whilst undergoing a week of training.

The game requires people to repeatedly avoid pressing on pictures of certain images (eg of biscuits), whilst responding to other images (eg fruit, clothes), and therefore trains people to associate calorie-dense foods with ‘stopping’.

The study found that 41 adults who completed four 10-minute sessions of the training online lost a small but significant amount of weight and ate fewer calories.

The training also reduced how much the calorie-dense ‘stop’ foods were liked. The reduction in weight and unhealthy snacking was maintained six months after the study according to participants’ self-report.

These effects were observed relative to a control group of 42 adults who completed the same “stop versus go” training, but involving pictures of non-food objects (eg pens).

“These findings are among the first to suggest that a brief, simple computerised tool can change people’s everyday eating behaviour,” said lead researcher Natalia Lawrence of the University of Exeter.

Eighty-three adults aged 23-65 with BMIs ranging from 21 to 46 (healthy to obese) were involved in the study.

Participants had to report regular intake (at least three times per week) of energy-dense snack foods (crisps, chocolate, biscuits) and some problems controlling their food intake on a screening questionnaire.

Participants were weighed by researchers and given food rating tasks and food diaries to complete one week before, and one week after the training, which they completed online at home or work.

They were randomly allocated to receive the active (food-related) or control training intervention.

Results showed that participants in the active group lost weight (0.7 kg), consumed less (220 kcal a day) and reported lower ‘liking’ of the snack foods they were trained to stop to.

The study was published in the journal Appetite.