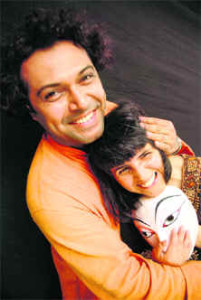 After the successful 100 therapeutic theatre stage productions on wheel chairs for and by the differently abled, Guinness world record and Limca book of record holder, Guru Syed Sallauddin Pasha takes the brave step to produce and direct 100 films for persons with special needs, says a press release.

Syed Sallauddin Pasha says “It is high time to move from the stage to the silver screen, to showcase the outstanding abilities and talent of persons with special abilities through films, documentaries”. Pasha’s film “Miracle on wheels”, “Wheelchair Gods”, “Colours of Abilities”, “Wheelchair Sufis” are ready to release soon. These films will be unique and the first of its kind in the world.

The film is based completely on therapeutic theatre and real life stories. These Films convey the message of dignity, equality, inclusion and empowerment. “I want my films to reach the masses so that it contributes in changing the negative perception of the society towards people with disabilities, I strongly believe that specially Abled people don”’t need mercy….. they need an opportunity” says Syed Sallauddin Pasha.

There are 70 million disabled people in the country and they are the invisible minority because India is not disable friendly. Thousands of films are made every year in the country and very rarely you find films on persons with disabilities.

Films made on abilities & capabilities of Differently Abled people will send across a great message across the globe.

Guru Pasha is recipient of National Award from President of India and he has dedicated three decades of his life for the welfare of persons with disabilities. His innovative work on wheelchairs has captured lakhs of people across the world.