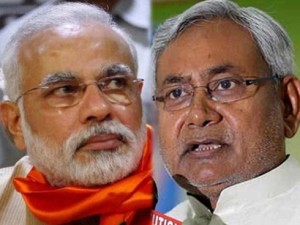 Nitish Kumar appears to be copying every detail from the Modi campaign. “Phir ek baar, Nitish Sarkar” is not different from “Ab ki Baar, Modi Sarkar.”

There is even a “Munna se Nitish” comic book coming out, which sounds like a copy of “Bal Narendra”, an illustrated book that covered Modi’s childhood.

Even the “Bihari DNA” campaign reminds of the “Gujarati Asmita” campaign of Modi in 2007.