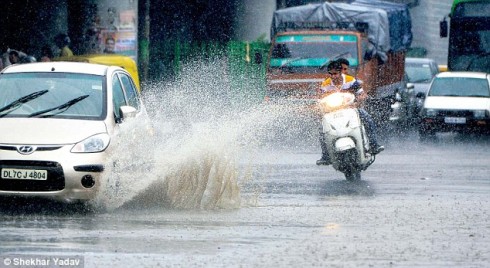 Despite officials working overtime for Ranchi to be selected as a Smart City, it has fallen short on basic facilities which may ruin its prospects.

Heavy waterlogging near Bada Talab (Big Pond) has been causing inconvenience to commuters and students. The city’s poor drainage system can expose its shortcomings

In such situation, people have to think of different routes to reach their destination. However, the authorities unmindful of such shortcomings claim that there has been a big improvement in the infrastructure in comparison to the past.