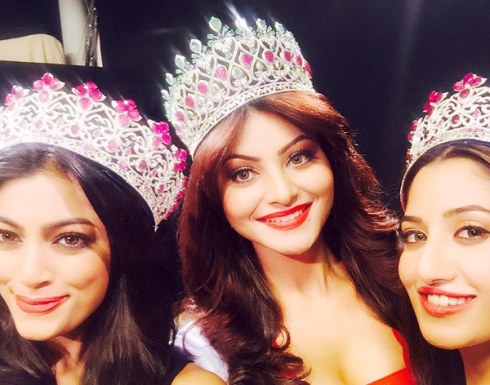 She made her Bollywood debut in 2013 with Sunny Deol-starrer “Singh Saab the Great”, will represent India at the Miss Universe 2015 pageant.

Natasha Assadi from Bangalore was crowned first runner up while Naveli Deshmukh from Aurangabad was declared second runners-up.

Actress Kangana Ranaut, Irrfan, Lara Dutta, Vikas Bahl and designers Shantanu and Nikhil were the jury members for the pageant.