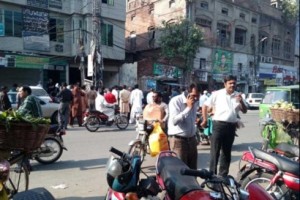 A powerful earthquake hit North India today, which was measured at 7.7 magnitude on Richter scale that shook the entire region from Kashmir to Delhi.

In Pakistan 12 people have been reportedly killed. Two Army personnel were injured when their bunker collapsed under the impact of the tremor at Sopore in north Kashmir Baramulla district, officials said.

The earthquake sent people running out of their houses and other establishments in panic. It struck at around 2.40 p.m. at the depth of 190 km.