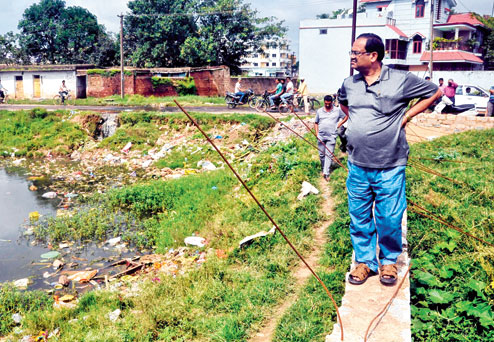 The Chhath festival will begin tomorrow (Monday) but the water bodies that the devotes will be stepping into to offer arghya to the sun god are in a terrible condition.

According to the survey of the Ranchi Municipal Corporation several major ponds and lakes are full of filth and weeds.

Reportedly the condition is alarming especially when the festival is just to begin. The cleanliness drive started in ponds and dams after Durga Puja immersions last month have failed to yield results.

State Urban Development Minister C.P. Singh, Ranchi MP Ramtahal Choudhary, and other state officials were part of the inspection team that surveyed the ponds and other water bodies