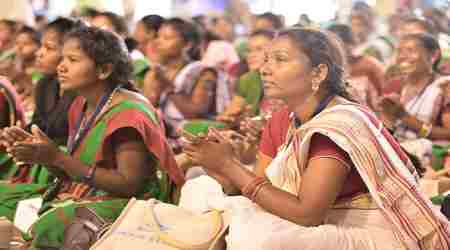 In a bid to bring languages and ways of living of the tribals in the country to the mainstream, a conclave has been organized by Tata Steel in Jamshedpur which is being attended by over 1,500 tribals from 20 states.

The ‘Samvaad: A tribal conclave’ coincides with the birth anniversary of Birsa Munda, who fought for the rights of tribals, and Jharkhand’s formation day.

The event is being represented by delegates of 40 indigenous tribes like the Santal community of Jharkhand, Siddis of Gujarat, Irulas of Kerala, Bodos from Assam, Dhurwa tribe of Odisha, Karubas from Karnataka and Konda Reddis from Andhra Pradesh, among others.