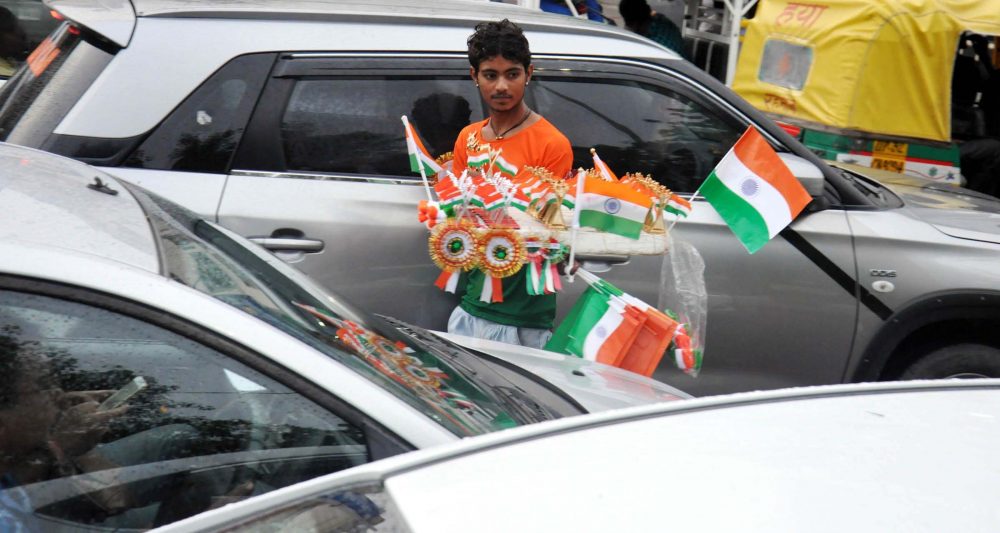 As the car moves on the busy main road,he follows it and knocks its window yelling,"Bharat Mata Ki Jai;Tiranga Jhanda Lo'.The window is brought down and after Rs 10 is given to him, he sells the tri colour flag to be put up on top of the Honda City.

A few popular devotional sites and archaeological heritages are showcased through the tableaux. At least one tableaux showcases the life history of great tribal leaders, besides, the importance of solar energy, the significance of skill development in uplifting the lives of several people especially the downtrodden.

Alongside, the flag seller carrying national flags stand."Le Lo.Dus Rupey Me Jhanda Le Lo(Buy. Buy the national flag at Rs 10), he yells as the car instead of stopping there, moves forward without looking at him as the national flags are visible everywhere on this 70th Republic day.