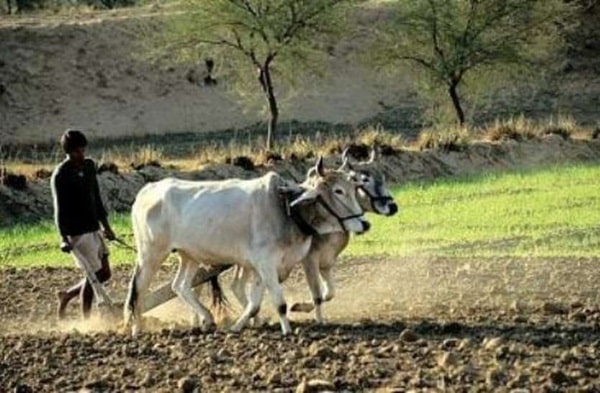 Farmers greeted rains lashing several parts of Jharkhand on Tuesday afternoon."Our field(read Earth) is now almost ready to be turned up by plough for sowing paddy", laughs Kisan Oraon, a tribal farmer, echoing the sentiments of a dozen colleagues in Ratu block, Ranchi.

The monsoon rains have been more than 35 per cent less than normal so far. The shortage of rain was causing sleepless nights to farmers who depend on the rain God for the cultivation of paddy in over 82 percent of total cultivable land in Jharkhand.

Skymet, a private forecaster, has predicted that "India is likely to receive 'below normal' monsoon rainfall this year "on account of the El Nino weather phenomenon that is something associated with drought. If its prediction turns out to be right, it could deal a set back to agriculture output this year.

Also,if the forecast proves correct,it will be fourth year since 2014 in which -June-September south-west monsoon falls short of the long -period or 50 -year average.

Skymet expects the monsoon to be 93 percent of the long period average of 887 mm in the four monsoon months(June-September).In Jharkhand, the percentage of rainfall is expected to be far less in June and July."The monsoon rains can be normal during   August- September", forecast report claims.