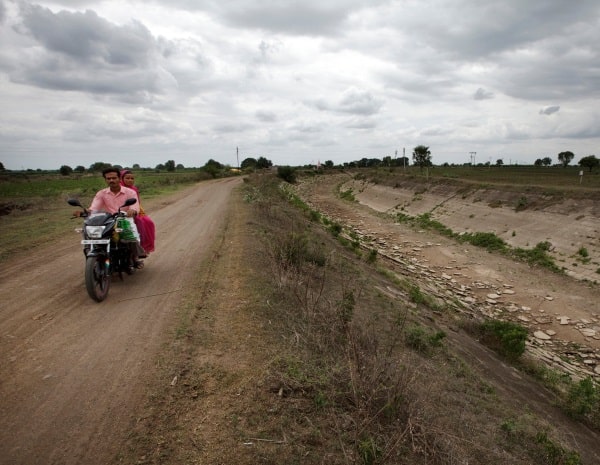 With the Rain God yet to bless tribal home land-Jharkhand, its people were praying for the rain. Sadly, the pray has not yielded results so far. Due to failure of the monsoon, water bodies are turning dry-more than half area of dams in Patratu, Kanke and Dhurva were without water.

Alongside, at least 10 of 24 districts in the state are yet to begin the process of paddy sowing, figures with the Directorate of Agriculture reveal, signaling a possible drought-like situation the State stares in this year-2019.

In fact, more than a month since the advent of Monsoon in Jharkhand, only 11.41 per cent of paddy sowing was completed across the State, the latest data released by the Directorate of Agriculture said.

For all the crops, including maize, pulses, oilseeds, and coarse cereals, only 17.35 per cent sowing was completed by Saturday. According to the data, at least 14 districts in the State have witnessed a rain deficit of around 40 per cent this year so far, which is adding insult to the injuries of farmers, many of who are yet to recover from the jolts of last year’s drought.

“The sowing process was going on pretty well earlier this month, but there has been a halt due to a sudden dry spell. It will be too early to draw any inference right now. We will monitor the trends till August 15 and then take actions accordingly,” said Sinha.

In 2018, the State declared 18 of 24 districts drought-affected. As many as 93 blocks were declared severely affected, while 36 were told to be moderately affected. As per weather experts, seven districts –Koderma, Bokaro, Chatra, Deoghar, Garhwa, Khunti, Pakur—recorded rain deficit of 40 per cent and above during monsoon in 2018. Koderma and Pakur districts received 55 per cent fewer rains than its normal monsoon quota. The delayed onset of monsoon caused a rain deficit of at least 33 per cent last year in June, which disturbed the sowing process.

In Jharkhand, cultivation is done on nearly 50 lakh hectare of land. Out of this, paddy is grown on 27 lakh hectare of land, which makes it the most largely grown crop in the State. Paddy cultivation particularly requires sufficient rains at the beginning of monsoon for making the soil and weather conducive for sowing, said AWadood, Agro Meteorological Scientist at Bisra Agriculture University in Ranchi.

“Since paddy cultivation requires a lot of rainfall, it will be productive for the farmers if they start cultivating maize, cereals, and potatoes,” said Wadood. He added that the Meteorological Centre has predicted heavy rains in Jharkhand in the last week of July, which may change the situation in many parts of the State.

Though Skynet, a private Met forecaster, has indicated that August -September can get normal rain. If this happens, water shortage draught can be averted. However, Ranchi, Jamshedpur, and Daltonganj received no rains on Saturday. According to figures with the Meteorological Centre in Ranchi, the three cities witnessed zero mm rains, while the maximum temperature in these places remained above 33 degrees Celsius.