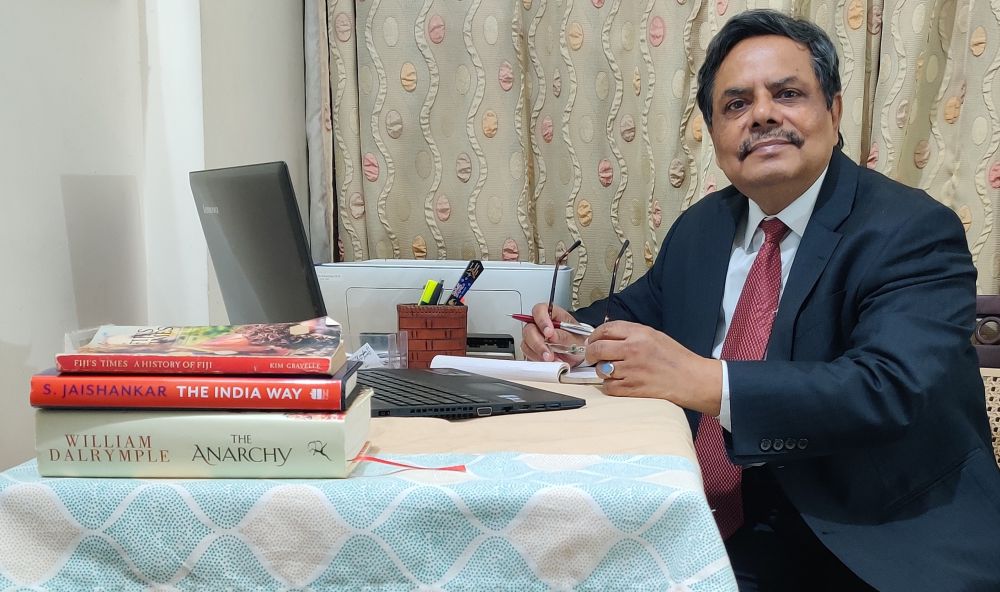 In November this year, Pradeep Kumar Sinha celebrates the completion of two decades of his posting in Fiji Islands and plans to turn his dream of writing a book on this picturesque country into reality.

"I am in the process to pen down my text on Fiji and its people, which will importantly include immigrants from Bihar and  Uttar Pradesh with their tales of travel, travail and eventual triumph into a decent and successful life, who were in most cases duped into going as indentured labourers starting in 1879 to work under very trying circumstances in sugar plantations.

Now a vibrant modern country which Fiji is, to whom God has been partial in bestowing natural beauty, in not too distant past the local inhabitants practised cannibalism with man-eating man," says  Sinha. He had stayed in Fiji for more than five years from 1994 to 2000 as Head of the branch of the New India Assurance Company Ltd, a Government of India's Public Sector Undertaking.

Sinha, who is residing in Mumbai, was born and brought up in Ranchi-the capital city of eastern India's Jharkhand state. Notably, he is a Post-Graduate from Jawaharlal Nehru University, Delhi.

After doing his schooling from St.John's High School, Ranchi, Sinha did his Graduation with Honours in English from St. Xavier's College, Ranchi.

Moreover, Sinha served in Fiji Islands and Africa as well. Though currently living in Mumbai since the past two decades, he has remained in touch with his home- town and has been visiting Ranchi regularly.

Other than his plan to write a book on Fiji, Sinha has a write-up on Ranchi which depicts his fascinating journey down the memory lane. Since his effort to chronicle and convey the lives and times of his generation can be of abiding interest to many Ranchites - both young and old, www.jharkhandstatenews.com has decided to publish it.

"A lot of continuity and change is visible in Ranchi", thinks Sinha.