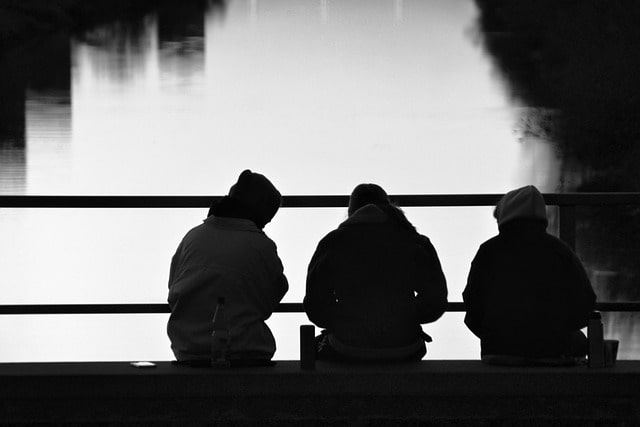 After a few weeks, one very cold night the Leader of that group decided to visit him.

He found the man at home, alone, sitting in front of a fireplace where a bright fire burned.

The man welcomed the leader. There was great calm & silence.

The two men only watched the dancing flames around the logs that crackled in the fireplace.

After a few minutes the leader, without saying a word, examined the logs that formed the fire and selected one of them, glowing most brightly of all, and removed it to the side with a pair of tongs.

Then he sat down again.

The host was paying attention to everything, fascinated.

Before long, the lone log’s flame subsided,
until there was only a momentary glow and the fire soon went out.

In a short time what was previously bright light and heat had become nothing more than a black dead piece of wood.

Very few words had been spoken since the greeting.

Before preparing to leave, the leader picked up the useless piece of wood with the tongs and placed it again in the middle of the fire.

Immediately, the piece of wood was rekindled, fuelled by the light and heat of the burning logs around it.

When the leader was about to leave & had reached the door, the host said: ‘Thank you for your visit and for your beautiful lesson.

I'll return to the group soon.’

Why is a group important in our lives ?

Very simple: Because each member that withdraws takes fire and heat from the rest.

It's worth reminding group members that, they are a part of the flame.

It's also good to remind us that we are all responsible for keeping each other's flame burning.

And we must promote the union among us so that the fire is really strong, effective and lasting.
Keep the fire burning.

*THE* *GROUP* *IS* *ALSO* *A* *FAMILY*
*It doesn't matter if sometimes we are bothered by so many messages, quarrels and misunderstandings*.
What matters is to be connected.

*We are here to meet, message, learn, exchange ideas or simply to know that we are not alone*