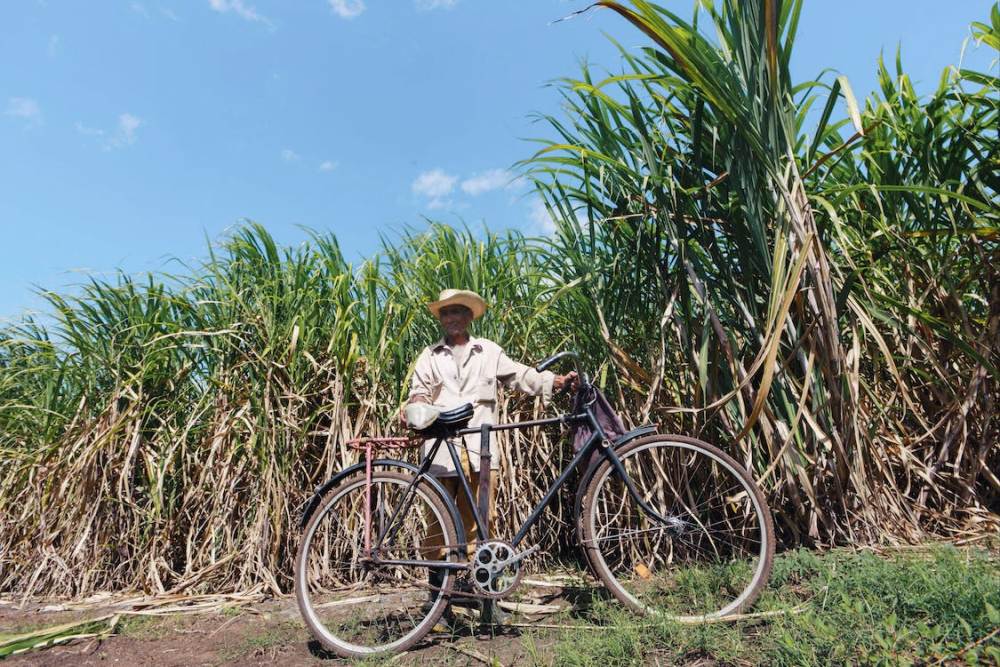 The 17th Pravasi Bhartiya Divas recently held in Indore from 8th to 10th January,2023, provides an opportunity to understand and admire the role of Indian indentured labourers(‘Girmitiyas’ as colloquially called). They went under very trying circumstances under Agreements (‘Girmit’), mostly from 1830s to 1917   to various British colonies to work in Whites-owned sugar plantations when all efforts by them to hire labourers from other communities and countries had failed.

The Girmitiyas went as non-substitutable saviours of the last resort, as it were! And yet, though numbering in all a whopping 16 lacs, they are little known and less understood here. They are yet to catch the imagination of common people of India which they so very well deserve!

While the Indian sepoys helped Britishers militarily in their colonialism one may compare and contrast the Girmitiyas as ‘‘The Legion of the Damn’d “(to borrow an expression from the film The Dirty Dozen) who under different circumstances and methods successfully helped the Britishers in the perpetuation of their far-flung Sugar Colonies.

Before we go further, it may be of interest to many of us hailing from Jharkhand that the initial batches of these indentured labourers included the tribal /adivasis population of Chotanagpur plateau which now constitutes part of the state of Jharkhand.

Popularly these tribal labourers or Girmitiyas were called as “Hill Coolies” by the Britishers. The reason behind preference for them over the others was the fact that the Britishers thought of them as hard-working simple human beings with limited necessity who would work in such far-flung places under the indentured system as per the exploitative rules and circumstances of sugar plantations.

Further, unlike the Hindus, they had no inhibition about going to such distant places crossing the oceans which were then called as ‘Kala Pani’. Crossing the same happened to be a strict social taboo among the Hindus resulting in ex-communication from the caste system and social ostracization in general.

To give one example, there were thirty- six Hill Coolies including six women in the first trip to Mauritius in the vessel The Atlas in 1834. They reached the heritage-site of Aapravashi Ghat in Mauritius on 2nd November.

To quote the author Satendra Peerthum: ” As from 1834 upto 1843, thousands of adivasis were recruited as contractual workers to work in Mauritius, --------Indian workers known as tribals or adivasis are estimated at around 63289 or 14% of the total number of indentured labourers---They came mostly from Chotanagpur, Ranchi, Hazaribagh and Ramgarh districts of --- present-day Jharkhand .”

It may be of interest to know that the highest number of about 180000 labourers (40% of the total labourers who went to Mauritius )were from Jharkhand/ Bihar.

Again, in the first trip to British Guyana, of the 437 labourers that left in 1838, about 130 were Hill Coolies. More trips were to follow.

However, with the opening of the Assam Tea Plantation and thereafter mineral mining in Chotanagpur, the process of sending tribals under the indentured system dwindled from 1860s onwards ,as alternate options of employment had emerged for them. They were encouraged to go there for livelihood which also well-served the interests of the Britishers in India as they could get ready labour.

DESCENDANTS OF GIRMITIYAS AS TOP GUESTS AT PRAVASI BHARTIYA DIVAS

Sugar plantations provided the main source of income and also an important rationale for continuance with the colonialism in those countries for the Britishers and other colonialists like French and Dutch. Economic failure would have endangered the colonies.

After Girmitiyas had finished their contract usually for five years with provisions for renewal, the larger numbers who stayed back rather than return to India, eked out a miserable existence to begin with.

However, with Indian DNA inherent in them if one may say so, through their hard labour in an atmosphere of despair and gloom they incrementally improved economically and also used education as a vehicle of upward social mobility and relative prosperity.

No wonder in the 17th Pravasi Bhartiya Divas, there were two main Guests - Special Guest of Honour Mr. Chandrika Prasad Santokhi, Suriname President, and the chief Guest Dr. Mohamed Irfaan Ali, President of Guyana. They are the descendants of the Indian Girmitiyas.

It may be of interest to know that the Pravasi Bhartiya Divas starting in 2003, is held biannually. It commemorates the return to India of Gandhiji on 9th of January,1915, from South Africa where he had done commendable work for the Indian labourers and the entire Indian community at large.

The Pravasi Divas provides an opportunity to closely interact in a structured fashion with the Indian diaspora and strengthen social, economic and emotional bond. Great potential is now seen for a mutually beneficial relationship and draw on each other’s growing strength in the global arena.

ABOLITION OF SLAVERY AND INCREASE IN DEMAND OF THE GIRMITIYAS

Despite some migrations earlier, the process of indentured labourers (Girmit System) started in first half of 1830s soon after the abolition of slavery in British colonies in 1833.

In many of the colonies such as South Africa, Mauritius or the various countries in the Caribbeans, abolition of slavery led to a shortage of labour to work in the plantations. The slaves wanted freedom and did not want to work on the highly exploitative terms under brutal conditions any more. They wanted better remuneration.

Planters were not willing to abide by the demands which would also make their commercial endeavour less profitableor at times even non-viable. However, the Britishers could not allow these sugar plantations to die down either.

India was a British colony and the Britishers looked in India for Labour to work in these sugar plantations. As all these colonies were owned by the Britishers, it was easier to internally co-ordinate migration of the Indian Labourers to these colonies! Other colonialists like France and Dutch also took help from the Britishers. . And thus, the process started!

FROM WHERE THEY WENT

A large number of the indentured labourers to the various sugar plantations went from North Bihar and Eastern U.P. in addition to the earlier Hill Coolies. These areas deemed as less developed economically, forced the workers to be mobile for employment, and feel more inclined to take risk and work in relatively unknown places.

Their mobility also made them vulnerable to manipulation by the recruiters! Of course, some went from South India as well as Western India. Those who went were predominantly Hindus being more than 80%, but individuals from other religious communities also went albeit in smaller percentage.

The entire experience of selection, migration and working in overseas sugar plantations turned out to be a never-ending exploitative system which took undue advantage of the needy and illiterate Indian workforce.

Though the laws were laid down to keep the system fair whereby the Girmitiyas would be able to take a voluntary, well-informed decision about going to the Colonies, in reality it was followed more in breach rather than in practice. Also,the spirit of law was always violated.

The fundamental problem was that the planters and the governments never came out of their mindset of how they had dealt with the slaves. Broadly if not exactly to the same extent, system was kept exploitative. As Hugh Tinker and several other authors felt, it was a new system of Slavery by another name!

Some conscientious government officials both in India as well as in the overseas colonies tried to bring in some semblance of fairness and protection to the Girmitiyas but they often failed due to the successful lobbying of the planters. The Government on the whole preferred to acquiesce in the same to keep the plantations and the Colonies running viably.

Most of the indentured labourers were actually duped or forced or even kidnapped into  going to such overseas countries. The process involved Indian people at the lower interface what the labourers colloquially called as ‘Arkatias’ (recruiters). They played the main role in committing all these mischiefs to recruit people for which they used to get commission. Recruited persons often did not know as to where they were exactly going and the unbearable circumstances they would face there.

The labourers went in ship. Initially it was made of wood with no steam-engine whereby it took months to reach places in the Caribbeans (about four months) or Fiji (more than three months) which were far away. Even closer Mauritius took about six weeks.

The Girmitiyas went like what the Britishers called pejoratively as ‘human cargo’. They were ill-fed on the vessels, medical facilities were poor, living conditions were overly crowded and uncomfortable. They were very severely punished by the crew members for even minor offences.

Women were often sexually exploited not only by the crew members but also by the fellow labourers as they were usually alone and unprotected. As a group they were in disproportionately low percentage of 10-30% or so. Many labourers died on the way, many others fell ill while there were some who committed suicide. A general sense of foreboding gripped them all.

MELTING AWAY OF SOCIAL RIGIDITY MORE BY DEFAULT THAN BY DESIGN

However, on the positive side, staying to-gether on the vessel for several months substantially melted away the caste-system as they had to eat to-gether cutting across caste or religious line. Some marriages cutting across the same lines also used to take place initiating the disintegration of caste-system based on endogamy, in the society of indentured labourers.

After deboarding, they had a new secular identity and a sense of fellow -feeling called “Jahajibhai”. They felt closer to one another having sailed in the same ‘boat’ both proverbially and literally. They would help one another in facing the challenges which were to follow!

(To Be Concluded on Monday)