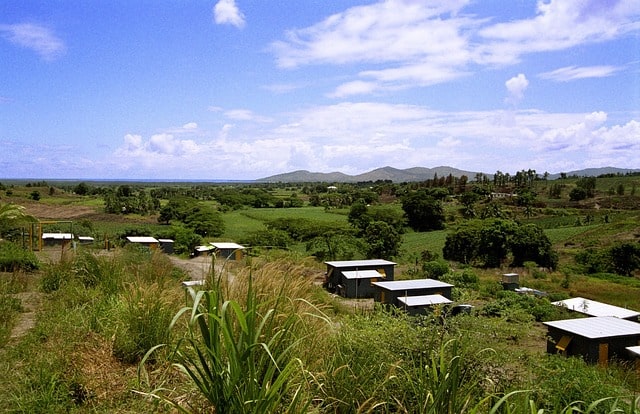 Even in the plantations, the approach of the planters was to deny the Girmitiyas the facilities and wages as mentioned in the Agreement while at the same time to maximise the output. Hence, they had to put in longer hours, taking leave due to sickness was usually not agreed to and wages were deducted on the slightest of pretext, they were severely punished with or without reason. They were not allowed to go out of the sugar plantation to which they were attached without a Pass from the authorities.

The Whites and the Indian Sirdar lower in the hierarchy to supervise the Girmitiyas thought of them as sub-human and treated them as such. Sirdar often acted as a conduit to supply Indian women to the White masters and take advantage of the same himself. They were as despicable as the Arkatias at the time of recruitment.

Exploitation of Indians by fellow Indians in complicity with the White masters is a bitter part of the whole story!

Indians were full of self-pity, low in self-esteem, filled with lamentation for their days in India and pining to go back.

UNDAUNTED AMIDST DESPAIR FOR A BETTER LIFE

However, when the period of contract ended, only a small percentage of Indians returned to India. Most stayed back as they had become familiar with the environment. They started indulging in small commercial activities. On the whole they proved themselves to be tenacious and hardworking looking for the opportunities to better their lot. With passage of time their children started going to schools often opened by they themselves in some modest form as government would not help much.

For the cricket lovers, it will be interesting to know that the famous cricketers Rohan Babulal Kanhai, Alvin Kallicharran, Basil Butcher and Joe Solomon were from the same sugar plantation called Port Mourant, at Berbice, in British Guyana. Even Cheddi Jagan, a politician who rose to be the President of Guyana came from there. These examples go in to prove as to how the lives revolving around sugar plantations achieved success.

LOVE FOR INDIA REMAINS UNDIMINISHED EVEN TO-DAY: ONCE AN INDIAN ALWAYS AN INDIAN

Yet the Girmitiyas maintained their Indian culture and religion despite a lot of efforts to convert them.

India even to-day is their land of Spirituality. Visit to their native village in India is a pilgrimage which many of them wish and strive for!

They are still recognized by their original ethnic identity of being from India. It plays a big role not only socially, economically but also politically. To give one example, native Fijians in Fiji have tried to keep the Indians out of political power and have staged military coups providing this as the justification.

Issues based on ethnicity have been in some other erstwhile colonies as well including the Caribbeans.

During my posting for five years in Fiji in 1990s, I had the opportunity to appreciate the same when in India caste -system still played a pervasive role and marriages were mostly endogamous.

MIGRATIONS TO OTHER COUNTRIES

Many migrated to other countries for better options or due to the political turmoils within, in which they found themselves at the receiving end.

For example, military coup staged by Sitiveni Rabuka in 1987 in Fiji which was, inter alia, aimed against Indians acquiring political power within led to migration of Indians to New Zealand and Australia, Canada or America whereby from majority now they are reduced to minority in demographic composition of the country.

It may be noted that in 1917 the indentured system was abolished in India due to the efforts of Mahatma Gandhi who had experienced it first hand in South Africa and had fought against it. . Pandit Madam Mohan Malviya played a pivotalrole in tabling the resolution for the purpose.

In retrospect when one sees the overarching curve of time spanning several generations of Girmitiyas, one marvels at the travels and travails of them as hapless indentured labourers and how through their undying optimism and hard work they have incrementally moved towards eventual success while maintaining their cultural and religious identity and a love for India.

There awaits a brighter future!