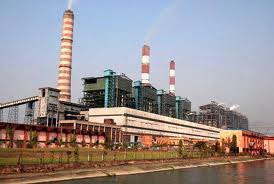 The killing of a man and injury to five others in the police firing in Pagar in Hazaribagh district on July 23,2013 may be the result of a group clash between supporters of rival contractors of the National Thermal Corporation of India(NTPC),its officials did not go scot free.

In fact,soon after, a ‘pained’ Chief Minister Hemant Soren had summoned NTPC’s Chairman Arup Roy Choudhury and asked him there should not be a repeat of such incidents.

The NTPC chairman showed compliance and obedience to whatever the CM had to say, for he knew,I guess,it was not the first time a public sector had been insensitive to the agendas of its contractors and the innocent people.

In their book – An Uncertain Glory – Nobel laureate Amartya Sen and economist Jean Dreze recollect how insensitivity has been a professional culture with the NTPC.

The book’s fourth chapter (page 81), “Accountability and Corruption” highlights a serious lapse by the NTPC authorities:

Quote : On the shores of a man- made lake in Sonebhadra district (the Govind Ballabh Pant Sagar in Uttar Pradesh) there is a huge power plant operated by the NTPC.

When one of us (authors) visited the NTPC headquarters,located on a pleasant green campus near the power plant, he found that a large number of air conditioners were switched on full blast throughout the day, even in the deserted lobby of the guest house (this was in the middle of the summer).

Just outside the boundary walls of the campus, people from the Dom community (a schedule caste), who have been working as “sweepers” for the NTPC for twenty-five years, live in shacks, without any electric connections (or any other modern amenity).

When asked, they said that they were afraid of losing their jobs if they complained about their predicament.

A little further on, people who have been displaced by the power plant without any significant compensation are somehow trying to rebuild their lives. Like their Dom neighbours, they too have no electricity connections and they are also afraid to complain.

Unquote : The authors go on narrating how the Indian development strategy works, important to ask how the accountability of the public sector should be developed and strengthened, putting two questions:

1. In what areas can the public sector, given feasibility good arrangements, serve the interests of the public better than the private sector?

2. How can public sector institutions be made accountable so that they can serve well the purposes for which they are set up?