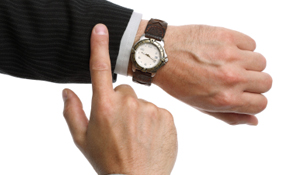 A man who works in a state-owned hospital has not taken a single leave from work in the last eight years in Madhya Pradehsh’s Indore district.

Working as head of the Mortuary in a government hospital, Dr Bharat Bajpai and two of his team members have earned a special mention in the Limca Book of Records for not taking a single day off for 1,200 working days.

According to a report published in a TV channel, Bharat, who has been working in city’s Gobind Ballabh Pant Government Hospital for the past 8 years,  has conducted over 10,000 postmortems in his career spanning to over two decades. Even after three years of receiving the award, he continues to work without taking a single day off.

“We should be as useful as possible I believe, we should help people as much as we can. I have never worked with the expectation of any post, reward or honour. I do not even have a name plate at my home. I never seek any publicity for what I do; it is all God’s will,” he said.

Surprisingly, the infrastructure of the mortuary at this hospital is not quite as high as the commitment level of the team running it. The post-mortems are conducted in a room which used to be a public toilet. Another room, in which post-mortems are supposed to be conducted, has not been constructed completely.

Santosh, an office assistant with the post-mortem unit, was also part of the team felicitated by the Limca Book of Records. “The working condition here is not that good. We manage to do our work but yes, there are problems. The post-mortem room is very small. If there are too many dead bodies, we face problems,” he said.