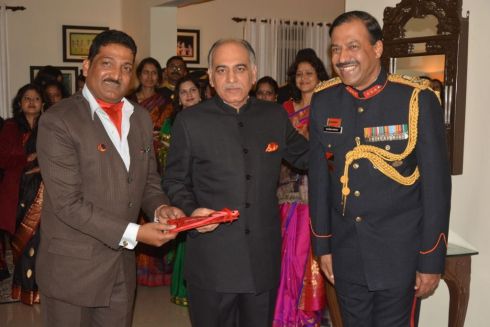 This was mainly because Hussain was an inspiring Art teacher of the Army Public School in Ranchi.By coming up with his painting he had made Brahmastra known among many students.

In fact,in ancient Sanskrit writings,the Brahmastra was a weapon created by Brahma,along with its more powerful versions like Brahmashirsha astra and Brahmanda astra.Brahmastra is said to be mythical and is far more any equivalent of modern day weapons, so powerful that they can destroy multidimensional physical region at once.

Sanskrit literature claims that it was created by Lord Brahma for upholding dharma and Satya.It was a deadliest weapon in the universe and it never missed its mark.