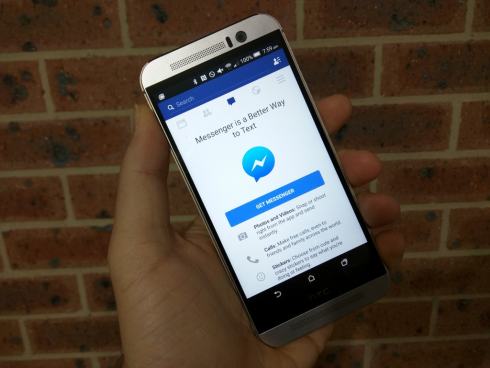 By Ritam Talukdar: WhatsApp was the first one to hint that it could let its users make free calls to each other.Now,Facebook has added a video-calling feature to its individual Messenger app in a bid to take on Skype and Apple’s FaceTime apps.

Through this step,Facebook seeks to transform its mobile messaging service into a full-featured platform with the same reach as its social network users.

This means that the people can have face-to-face conversations with friends and family around the world.This also means that by starting a video call from any conversation any body can tap the video icon on the screen.

Messenger app had earlier provided the ability to make voice calls to friends and loved ones, but this feature is currently made available to users on iOS and Android operating systems as far the company comments.

With this unique feature, it is thinking of expanding real-time communication features, enabling more than 600 million people to use Messenger every month.

In my view,video calling facilities will be available for people in Belgium, Canada, Croatia, Denmark, France, Greece, Ireland, Laos, Lithuania, Mexico, Nigeria, Norway, Oman, Poland, Portugal, UK, US and Uruguay. Though the company has not revealed its future plans for the service.However,it said as follows:“We’re launching Messenger for Web Browsers- a standalone web chat product accessible via Messenger.com”.

At Facebook’s Annual Developer Conference in March, Chief Executive Mark Zuckerburg said that the users will also be able to send money to friends within the app. Facebook also unveiled a platform that will enable developers to easily create apps that will function smoothly within the Messenger.