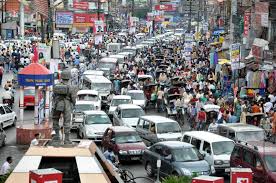 A new form of travelling, instead of burning more fuel and time plying on the same route, people now turn towards sharing of cars.

With more of cities converting and moving towards the trend of looking and being called as metro, the regular commuter bas has also increased in the past times. In the west we have a trend of travelling on sharing basis and thus matching paces with these countries India is also in the verge of having a ride sharing community.

Basically, ride sharing is a concept of having passengers travelling to same spots or on the same route share car with some other commuter instead of driving own cars, which not only reduces the pollution but also decreases the chance of traffic jams, as there would be less car plying on the same route if it is shared.

BlaBlaCar is the world’s largest long-distance ridesharing community. We connect people seeking to travel with drivers going the same way. They travel together and share the cost of the journey. The average journey is about [340km].

The service was initially launched under the name Covoiturage and is now known as BlaBlaCar. The parent company name is Commuto S.A.
Frédéric Mazzella is the Founder and CEO of BlaBlaCar.

Prior to founding BlaBlaCar he worked for 3 years as a scientific researcher, at NASA (USA), and NTT (Japan). Frédéric is a regular speaker in international conferences and medias (CNN, Bloomberg, CNBC….) on the theme of sustainable development, entrepreneurship, global marketplaces and building trust in online communities.

Nicolas Brusson is Co-Founder and COO of BlaBlaCar
He’s a regular speaker on the theme of transport industry disruption and scaling innovative businesses.

Francis Nappez is Co-Founder and CTO of BlaBlaCar
Feet squarely on the ground, he’s got the big picture on how the BlaBlaCar product is actually going to work. From idea to implementation, he sets project milestones, prioritises and arbitrates, manages and empowers, overseeing all the technical decisions involved.

The Genesis of BlaBlaCar:

Idea conceived during the 2003 Christmas holiday when F. Mazzella wanted to get home to his family in the countryside. He had no car and the trains were full. In last resort his sister made a detour to pick him up. When driving down to the country, he noticed that the roads were full of cars with majority of empty seats.
.
He imagined a new transport solution built on people where drivers could offer their empty seats to share petrol costs.
.
The company was launched in 2006. Together with 2 co-founders, they spent several years creating an optimal online and app solution and proving that long-distance ridesharing could work in France, Europe and beyond!
Facts about BlaBlaCar
1. More than 10 million members in 18 countries

2. 2 million members travelling with us every month

5. Over 5 million downloads of our free mobile apps (iPhone & Android)

1. Car-owners sign up and offer their spare seats on the website, indicating their time and location of departure / destination and the number of seats available for sharing.
2. The price per seat is a fixed price which depends on the distance and associated costs (gas, tolls)

Co-travellers use the fast search engine to look for their trips like on any other travel website. They enter the desired departure and destination cities and reserve their seat from a list of available car-owners who are making the journey they wish to share. Not only do co-travellers have a large choice of car-owners, they also have access to their public profile (photo, gender, type of vehicle, previous ratings, seniority as a ride sharer, verified phone number/address, smoker/non-smoker and Bla/BlaBla/BlaBlaBla).