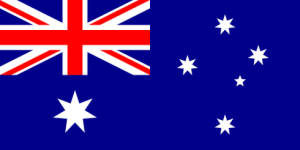 Australian English has become one of the most popular choices for English learners in India – with more than 469,000 Indians joining an Australian-based Learn English Facebook site, says a press release.

According to the Australian Broadcasting Corporation (ABC) which manages the Australia Plus Learn English page, it now has more than three million fans in more than 50 countries making it the most popular learn English site in the world – ahead of the established English language providers such as the British Council and Voice of America.

The Learn English Facebook page provides a community environment for people to engage in conversational English tips and language resources.

Participants are encouraged to comment on each post in order to practise writing in English, and are then corrected by the page moderator.

Sometimes, corrections are contributed by other members of the Learn English community, including English teachers, native speakers, or fellow learners.

One of the page”s three millions fans, Iam Sharda, from India said “There is long list of words and phrases that I have learnt here and when you reply and correct our comments, it encourages to write more. Thank you, thank u so much for all this”.