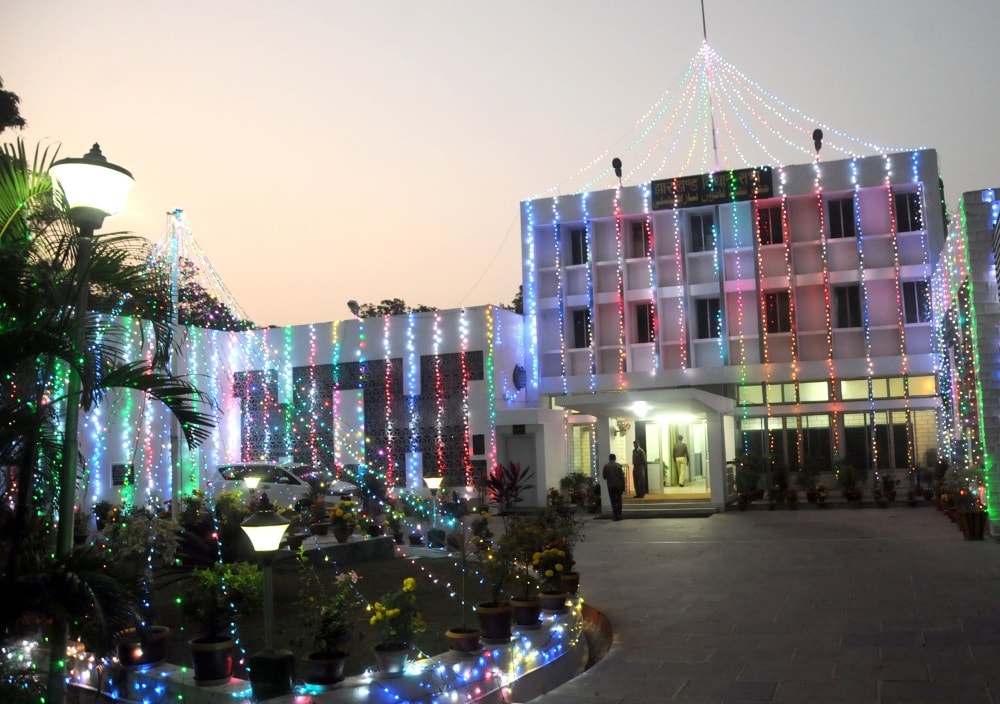 *Image by Ratan Lal showing Jharkhand Vidhan Sabha building decorated with colorful lights on the occasion of its 17th anniversary.

There should be healthy competition among political parties. If decorum is not maintained in the House, the sacrifices of our ancestors will go in vain. Occupying position is a medium of service and objection on government work should be made for betterment. Government is working for the upliftment of the poor, schedule castes and tribes, downtrodden, farmers, women and youths. Opposition is supposed to criticize government and help for improvement, said Jharkhand CM Raghubar Das on the occasion of 17th anniversary of Vidhan Sabha.

Chief Minister said that six districts along with Simdega are in list of backward districts. 'Government will bring special provision for them in the next budget session. Hon’ble Prime Minister has also instructed to focus on such districts. We are trying to develop these districts in the  coming 2-3 years'.

He also showed gratitude to martyrs and said that entire nation and government is with their family.

‘Insurgency in the 17 districts of the state has almost ended, some anti-social elements are challenging law and order and they are also being handled. We are moving forward to end insurgency before 2018. After 14 year of foundation of Jharkhand, our government honoured Aandolankaris of Jharkhand movement, Vananchal movement and JP movement. Government is making policies to eradicate poverty and before 2022 we will create such Jharkhand where no one will be homeless, denied medication and unemployed,’ the Chief Minister said.

He further said that the State doesn’t have its own Legislative Building.  Now his government has laid foundation stone for construction of Vidhan sabha building.  2019 session of assembly will be held in new building. He also congratulated MLA Vimla Devi for getting award of best performing MLA.