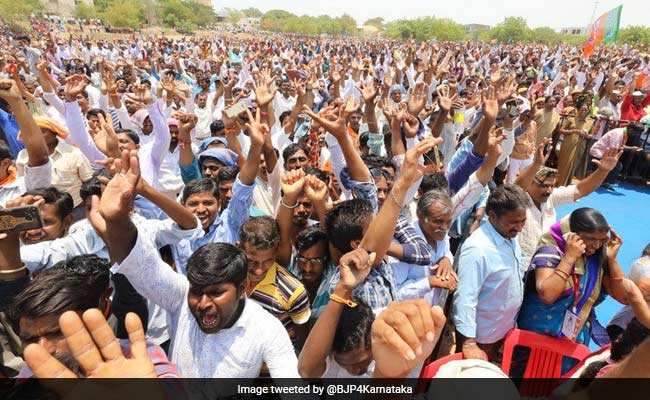 The BJP has emerged as the single largest party in the Karnataka elections. Also, the electorates have eliminated its opponent Congress to get confined to 3 Ps-  Parivar, Punjab and Pudducherry in India today.

However, since it is minutely short of the magic figure of 112, political game has begun. While the BJP spokespersons were not ready to comment, the Congress seems to have seized the opportunity.

Although it lost the poll, the grand old party was ahead in declaring support to the JD-S and offered unconditional support to it to form the government.

Together these two parties-JD-S and Congress - can have the majority and just one or two seats above the halfway mark. Yet there is a possibility that a group of JD-S may protest and opt to back the BJP form the government.

Against this backdrop, the ball is now clearly in the Governor's court. Normally, in accordance with the law and tradition, the Governor is supposed to invite largest party BJP to form the government.

If that happens, Governor may invite BJP Chief Ministerial candidate BS Yeddyurappa to take oath as the CM and prove majority on the floor of the Karnataka Assembly. In that scenario, if he gains the support of 2 Independents and others and wins the floor test, he will continue to lead the BJP government.

And in case, Yeddyurappa fail to win the floor test inside the Assembly, JD-S and the Congress government can form the government.

In any case, the poll results have eliminated the Congress and left it to remain a party with '3 Ps' in India today. This 3 Ps, first defined by Prime Minister Narendra Modi during an election rally in Karnataka, means -Parivar, Punjab and Pudducherry.