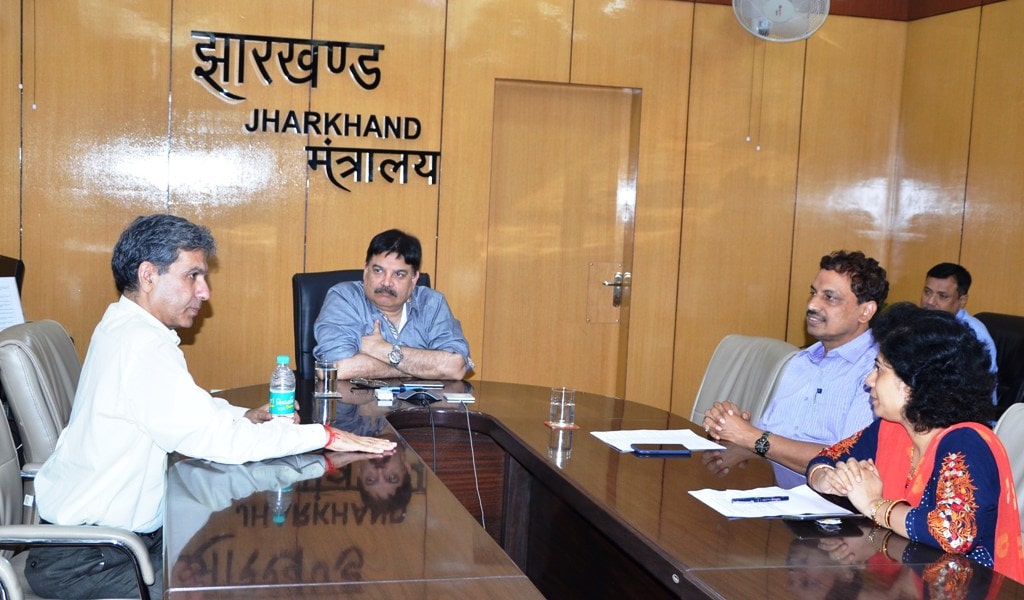 Chief Secretary Sudhir Tripathi asked the Department of Drinking Water and Sanitation to make arrangements with forecasting the future population of all cities including Ranchi. He said that all the Dams of Ranchi are the result of the planning done 50-60 years ago. Our forefathers predicted the growing population and created dams accordingly. We should also build reservoirs in view of future requirements. For this, he instructed the Department of Drinking Water and Sanitation and Department of Revenue and Land Reforms to conduct a survey of the location of 50-60 km radius of Ranchi where the reservoirs could be constructed. He was speaking in a meeting related to water supply schemes in cities in his office.

The Chief Secretary also instructed to maintain and increase water storage capacity of dams in Ranchi. Drinking water and Sanitation Secretary Aradhna Patnaik said that the catchment area of Kanke Dam has been shrunk and action is being taken to repair it. The process of linking Hatia Dam with Tajna Dam is continuing. There is enough water in the Getalsud Dam and for ten years this water is able to quench the thirst of growing population. Additional Chief Secretary, Finance Department Sukhdev Singh said considering the speed of the population, the water reservoirs are inadequate. At the same time, he promised to provide adequate financial arrangements to the department of drinking water and sanitation for the new scheme.

In another high level meeting of the Pradhanmantri Awas Yojna  (Urban), the Chief Secretary asked the Urban Development Department to make such rules that beneficiary do not return to the slum after getting benefit of the scheme. The Additional Chief Secretary, Finance Department asked for formulation of a chart of all types of land marked for the scheme.