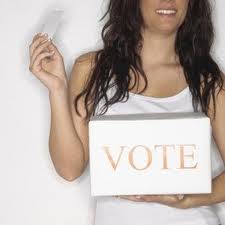 Jharkhand politics has been at the center of interest right from early days of the state’s creation, following its breakaway form Bihar in 2000. Politics in Jharkhand has an old history.It has been the site of many tribal uprisings since the British days and it was a similar kind of insurgence that led to the creation of the 28th state of Jharkhand. However,today politics feature an electoral system, divided between the assembly and parliamentary constituencies of the state, where many political parties compete for power. In fact,Jharkhand politics feature a number of political parties virtually unmatched by any other state in India.

The 2005 assembly elections saw a wing by the BJP led NDA coalition, defeating the UPA coalition, led by the INC. The result was seen to be consistent with the results of the 2004 general elections in India. The results of the general elections in Jharkhand were not concurrent with the large scale anti-incumbency felt across India that brought the UPA to power. The success was accorded to a large degree of popularity of the JMM, the state party in the politics of Jharkhand.

Jharkand elections see the participation of many national and regional parties. Almost all national level parties take interest in Jharkhand politics. Indian National Congress (INC), Bharatiya Janata Party (BJP) and Communist Party of India (CPI) are some of the most prominent players in Jharkhand politics. Jharkhand Mukti Morcha (JMM),Jharkhand Vikas Morcha and All Jharkhand Students Union are the largest of the state level political parties.