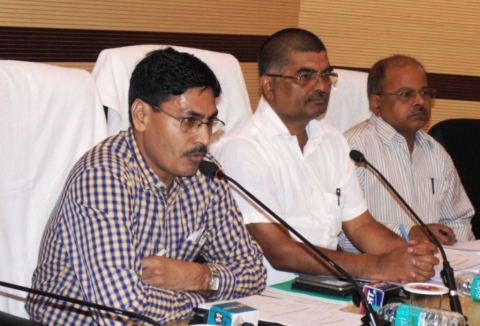 Jharkhand Road Construction Department has set a record of sort.Apart from spending nearly 38.18 percent of its annual plan outlay,it has got about 50 percent work connected with construction of bridges completed in the first quarter of the current fiscal-2016-17.

These informations were made public by the Department’s Secretary M.R.Meena in a press conference inside the Suchna Bhawan in Ranchi on Monday..

In the current fiscal,the Department had spent Rs 1527 crore out of its annual plan outlay of Rs 4000 crore during April 1-June 30) to build 40 bridges.Of them,20 bridges and 300 KM long roads were already built.

Meena said,the contruction work of 20 roads mentioned in the announcement made during the budget session was in progress and the Department is giving final touch to the construction of two six lane highways-Ranchi-Bokaro-Dhanbad and Dhanbad-Jamshedpur.