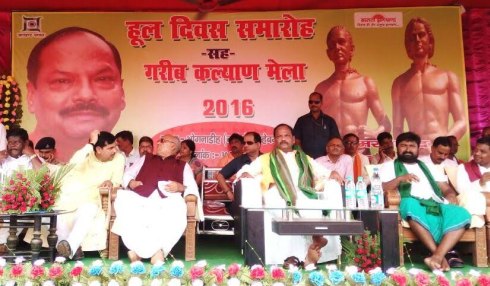 Jharkhand today observed the 161th anniversary of the Santal Hool across the state.

The rebellion had started on June 30, 1855 and.Months later on November 10, 1855,the martial law was proclaimed.It lasted until January 3, 1856 when martial law was suspended and the movement was brutally ended by troops loyal to the British.The rebellion was led by the four tribal Brothers – Seedo, Kanhu, Chand and Bhairav.

On Thursday,Jharkhand Chief Minister Raghubar Das used the occasion to inagurate crores of ruppees worth development projects in Sahebgunj,the district where the Hool(rebellion) was centred around.