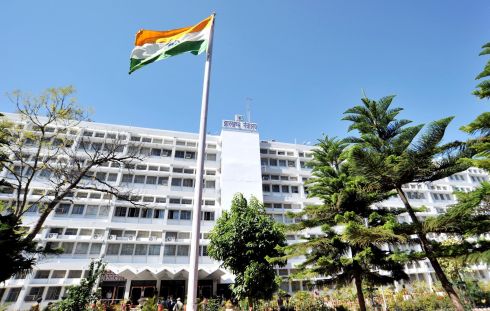 *Representational Picture shows Project Bhawan where Jhrkhand CM has his office in Ranchi.

Jharkhand Chief Minister Raghubar Das on Wednesday cancelled the process of appointment of Class IV staff of the Jharkhand Arrmed Police IX at Sahebgunj with immediate effect,said a senior officer.

Also,the the CM had placed the JAP-IX Commandant Hari Narain Ram Mahli,who was chairperson of the appointment committee under suspension.

More,Corruption Investigation Bureau was asked to inquiry into the case of corruption in appointment of these staff and death of the main accused late Devendra alias Dilip Mishra during the process of investigation.

Alongside,the CM has ordered to proceed with a case of corruption under the Prevention of Corruption Act’s Section 7/13 (2)/13(1) against the Civil Surgeon,Jamtara,Dr Mahavir Prasad Gopalika.