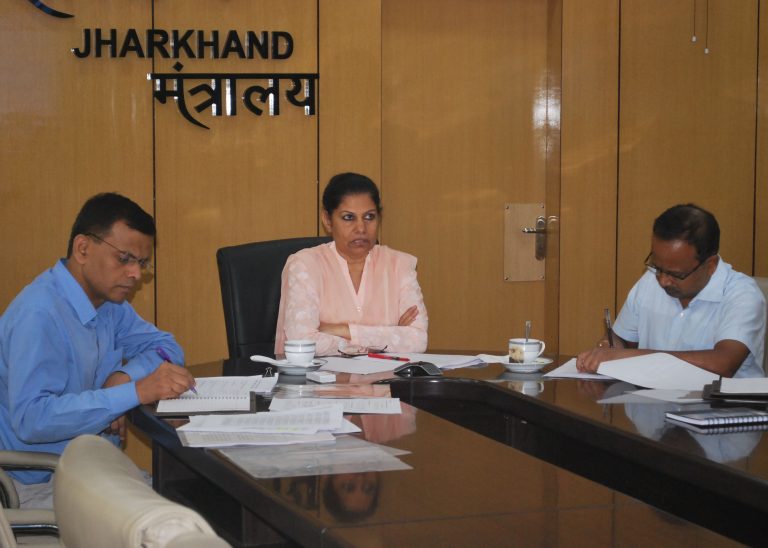 In a review meeting of the state Rural Development Department,Chief Secretary Raj Bala Verma today directed concerned officers to accelerate the work connected with construction of check dams and ponds in Jharkhand.

The CS made it clear that the responsibility to implement schemes under MNREGA will lye on Deputy Development Commissioner at the district level.She directed the DDCs to expedite work to construct check dams inorder to utilise the rain water in 2016.

The state government aims to construct six lakh check dames across the state.Among other important directives issued by her was against the Block Development Officers who failed to attend office at the block on a daily basis.”Action will be taken against these BDOs”,said the CS.

In another major directive,the CS directed concerned officers to identify 50 Panchayat villages where there was no sign of development and employment opportunities were missing.”And then develop these villages”,she opined.

The review meeting was attended among others by Principal Secretary NN Sinha.