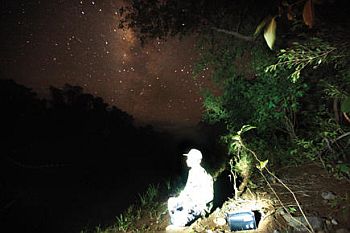 She moved around in the forest carrying guns as she was a Maoist and a girl friend of the dreaded CPI(Maoist)’s leader Kundan Pahan.

Now, Reshmi Mahli desires to run a canteen inside Ranchi SSP’s office. “We have approved her application seeking permission to run the canteen”,says SSP Saket Kumar.

On May 18,2011, Reshma had surrendered before the police. After she was rehabilitated as per the surrender policy of the Jharkhand government, she had filed an application seeking to run the canteen at the SSP’s office which was under the lock and key for quite some time.

The SSP’s office had provided utensils and the LPG cylinder to run the canteen.