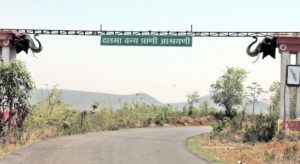 The Minister of State (Independent Charge) for Environment, Forest and Climate Change Prakash Javadekar provided the information to the Rajya Sabha on April 25, 2016 in reply to a question raised by Rajya Sabha Member Parimal Nathwani.

Nathwani wanted to know about the details of criteria adopted for declaring eco-sensitive zone, effect of the same on local people and their livelihood and number of Eco-sensitive Zones approved/declared in the country.

According to the statement of the minister, the concept of Eco-sensitive Zone is to conserve biodiversity and endangered wildlife and protect environment around the protected areas such as National Parks and Wildlife Sanctuaries as a ‘Safety Zone’ without impeding legitimate socio-economic development of the area and also providing adequate opportunities for livelihood security of the local people.

The Eco-sensitive Zone is declared following factors like biological diversity of the area, their conservation, proximity to Wildlife Sanctuary and National Park and wildlife corridors, he said.