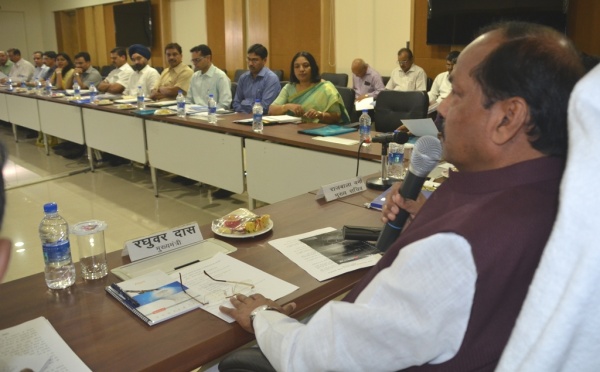 In a review meeting with Additional Chief Secretaries,Principal Secretaries,Secretaries and other Heads of Departments,Jharkhand Chief Minister Raghubar Das today congratulated the officers and staff who had succeeded in recording 83 percent expenditure of the state plan outlay of 2015-16.

In the meeting held inside the Project Bhawan in Ranchi,the CM directed them to implement the annual budget schemes while keeping in view sentiments and expectations of the people so that the government is in a position to appear pro-people.

“Take note of the ground reality and after building contacts at ground zero deal with queries as soon as possible”,said the CM