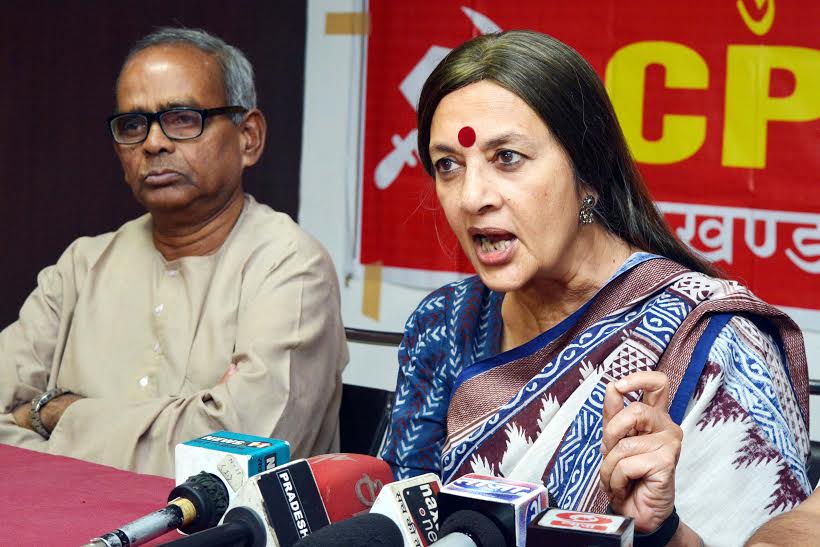 The CPM Politburo member Brinda Karat met the family of the two Muslim cattle traders who were beaten to death and hanged from a tree in Jhabar village under Balumath police station in Latehar district,Jharkhand.

As it is,the brutal murder case of two Muslim cattle traders has taken a turn with Opposition leaders in Jharkhand demanding a CBI probe into it.

Apart from these politicians,Karat had met the family members of the decased at their homes in Jhabar village under Balumath police station in Latehar district,on Sunday.

The FIR filed by the police indicates that two residents of Jhabar- Muhammad Majloom, 35, and Azad Khan alias Ibrahim, 15- were on their way to weekly market with cattle in the wee hours on Friday-Saturday.

Soon,a group of residents of the same village Jhabar including Mithilesh Prasad Sahu (associated with the Gau Raksha Samiti),Pramod Kumar Sahu, Manoj Kumar Sahu and Manoj Sahu,encircled Majloom and Ibrahim on the charge that they were taking cattle to bazar for sale.

As Majloom and Ibrahim resisted their attempt to take away their cattle,Sahus pounced on them,beat them to death and then hanged them by tying their necks on a tree in the forest area,said the FIR.