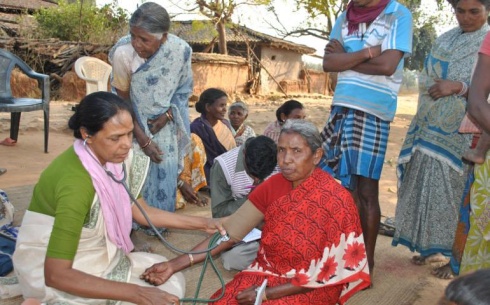 A good news is:Malaria cases have declined in Jharkhand during the past three years.

The government also envisages eradicating malaria from the state in 2027. Jagat Prakash Nadda, minister of state for health and family welfare informed Rajya Sabha on March 15, 2016 in reply to a question from Nathwani. According to the statement of the minister, total Rs.93.75 crore has been released to Jharkhand in last four years for prevention of malaria.

The Minister also replied that the cases and deaths due to malaria have declined in Jharkhand and Jharkhand in 2015 as compared to previous years and under National Framework for Malaria Elimination, it has been envisaged to eliminate malaria in Jharkhand by 2027.

The Minister said that different strategies have been used for prevention and control of malaria.

Early Case Detection and Prompt Treatment (EDPT) to provide relief to the patient, and reduce reservoir of the infection is important strategy, he said. Apart from this, Integrated Vector Management (IVM) by appropriate insecticidal spray in rural areas, anti-larval measures including biological methods like use of larvivorous fish and promotion of bio-environmental control measures, protective promotion of personal measures including use of Long Lasting Insecticidal Net (LLIN) Insecticide Treated Mosquito Nets (ITMN) are also used for prevention of the vector-borne disease, informed the minister.

The Ministry is also using Emphasis on Information, Education and Communication (IEC) to promote community participation for prevention and control and Intersectoral Collaboration and capacity building for optimal utilization of the technical manpower for the programme.